Enter the salon of writer Gertrude Stein and the love of her life, Alice B. Toklas, at 27 rue de Fleurus for a peek at the lives of Picasso, Matisse, Hemingway, and other artists during a cultural tempest in war-torn Paris.

Described as a work of “lyrical exuberance” by Opera News, this opera will captivate lovers of music, art, literature, travel, and history alike.

“…many of the qualities you'd expect from an acclaimed opera in a tonal palette — abundant melody, shining orchestrations — but it is Gordon's lyrical exuberance that stands out as uniquely his own. Where other composers find so much shadow in their subjects, Gordon discovers only more light.”

“If the music of Ricky Ian Gordon had to be defined by a single quality, it would be the bursting effervescence infusing songs that blithely blur the lines between art song and the high–end Broadway music of Leonard Bernstein and Stephen Sondheim. It’s caviar for a world gorging on pizza!”
-The New York Times 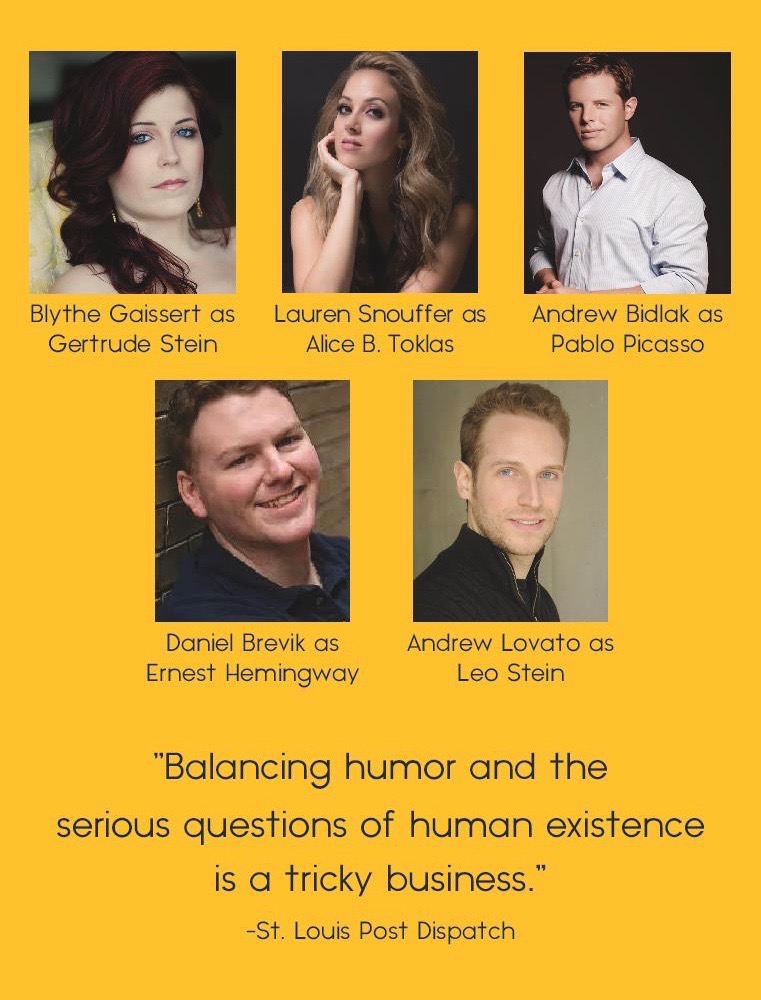